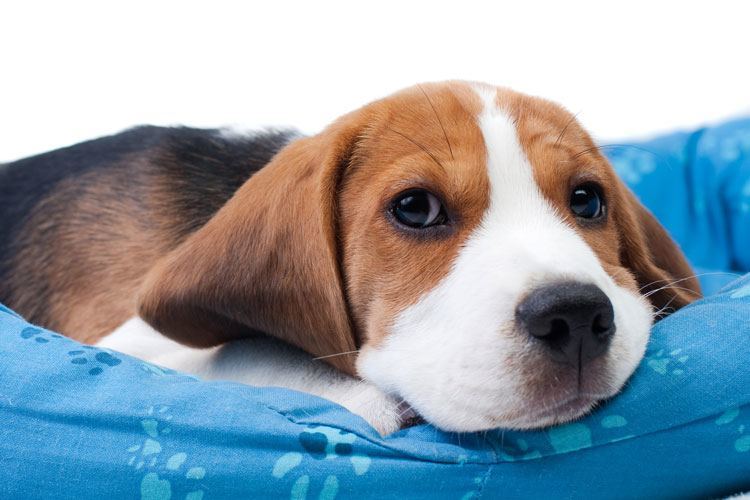 Can Dogs Get Hiccups? This is a famous question among new dog owners. Their puppy was so cute, and all of a sudden this hiccup thing happened.

Contrary to what a seasoned dog owner would not know, yes, dogs can certainly get hiccups. However, the fact remains that any kind of animal that possesses a diaphragm is ought to have hiccups, and thus dogs, like humans, are no exception!

Coming to why hiccups occur, they are nothing but involuntary contractions of the diaphragm that cause this situation where the diaphragm contracts once the air is pulled in, and the epiglottis shuts down abruptly causing the “hic” sound to occur!

Even though dogs and human’s sound of hiccups are almost the same, the hiccups in cats are silent and in horses the sound is in the form of a “thump”!!

Talking about dogs getting hiccups, there are various causes for the same while it is the puppies that experience this more. They start off with this pretty early while in their mother’s womb itself!

Causes of Hiccups in Dogs and Puppies

Some of the causes of hiccups in dogs and puppies are

Hiccups in dogs might be triggered due to various reasons, but one of them is the stomach issues that your pet dog might be facing.

Thus, at certain times the hiccups may actually be the result of what the pet dog is eating or drinking. If he or she is getting too many hiccups off late, keep an eye on the diet.

Generally whenever a dog is suffering from certain respiratory ailments or maybe sinusitis, they experience a concern also known as reverse hiccups.

This reverse hiccup condition can easily be confused with the regular ones but on close inspection you would find that these are more prolonged and loud and takes place when the pet is trying to clear mucus from its sinuses.

Another major reason for hiccups in dogs include the cases when the pet tries to eat food or drink anything too fast out of sheer excitement of something good or any other reason.

This fast slurping down of food can also trigger hiccups in the long run.

Hiccups in dogs can also be a result of certain factors such as stress, nervousness along with excessive excitement too. So calm down your friend a bit before he gets the hiccups.

How to Cure Puppy and Dog Hiccups?

In any case, understanding and pointing out when a pet dog is getting hiccups is relatively difficult given the fact that it is an involuntary action and is pretty similar to issues such as “reverse sneezing” when the dog or the puppy tends to breathe very fast and goes out of control.

However, on close notice we can easily understand this concern.

After pointing out that a dog is actually undergoing the hiccup issue, there are certain ways in which you can treat and cure the same.

Some of the ways that work well in puppies as well as grown up dogs are:

In cases where a dog experiences hiccups when their body temperature drops below normal, which triggers hypothermia, you can stop the hiccups by warming the dog up slowly by covering him in blankets, putting him or her in a heated room and et al.

In conditions no related to health

Sometimes, hiccups are caused due to other reasons other than the health related ones.

In cases like those, one can easily solve the issue with a simple home remedy. This can be done by giving the dog a solution of water to help get over the hiccups. (This is certainly what we humans use as well, isn’t it?).

Along with this, making the dog consume syrup made up of maple syrup, water and honey can also help reduce the issue soon too!

Trying to get the dog walk a bit, run a bit and et al. can actually help get rid of hiccups.

This is because physical activity helps in stimulating the pet and can also change his or her breathing pattern and heart rate too!

Another excellent way in which hiccups in dogs can be treated is by massaging the chest of your dog or puppy so that the diaphragm muscles get relaxed resulting into getting rid of hiccups.

Sometimes doing a simple activity like trying and feeding the pet at the time of hiccups can help in warding them off by changing his or her breathing ways.

Another way, we humans can try and get rid of hiccups is with a distraction. Showing the pet something else and trying to distract him also helps in stopping hiccups at times.

When all the above methods fail and the pet is still getting hiccups for more than a few hours, the best thing to do is not to wait any longer and take him or her to a veterinary doctor.

The vet would try and understand the concern and may recommend medications to stop the issue.  However, there are cases that are totally rare where the doctor can recommend surgery to relax the diaphragm too.

All said and done, it has to be noted that hiccups are something that dogs come to get over with naturally. If the case differs, trying out any of the above will solve the problem efficiently.

Are Hiccups a Serious Issue in Dogs?

If you are expecting an answer to this question in one word, then the word is a no! Relieving, isn’t it?

According to researchers, hiccups in dogs are not really signs of an underlying cause of concern, but just the issue of an involuntary diaphragm movement!

Thus, hiccups are pretty normal in both puppies and dogs and are harmless (usually) in nature, while both of the younger and the junior members tend to outgrow the issue with each passing day.

It must be made sure that the pet dog is getting the required dosage of all vaccinations and de- worming treatments as decided by the veterinary doctor to avoid future complications if any.

While we have touched base with all possible aspect of hiccups in dogs, it is ascertained that this is rather normal, and nothing serious to worry about for owners.

Understanding the hiccup occurrence and taking due care, if it does not subside on its own, is the solution to this issue. And with that we draw the curtains down on this post.

Let us know if you got to know anything useful. Also, ask us any questions you have by using the comment section.