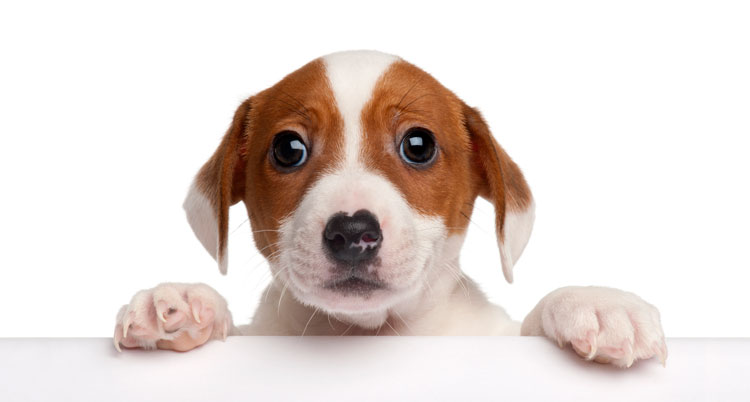 Heartworms or in scientific terms known as Dirofilaria Immitis is a disease that is most commonly found to infect the dogs in the regions with tropical or subtropical climate.

In its early stage, it is hard to detect and diagnose this disease. But, in the later stages, it can be severe, even life threatening for your pet. So, it is of paramount importance to notice its early symptoms in your pet.

We understand your concern for your pet’s health and therefore, in this article we are presenting you the full detail regarding the Heartworm symptoms in dogs and its treatment that will assist you in taking precautionary steps for your lovely dog.

Heartworm, or often called as Dog Heartworm, is a disease that is spread through mosquito bites.

The cycle begins when a mosquito bites an infected organism and sucks along with blood the heartworm bacteria named as microfilaria. It then grows inside the mosquito’s body. Once it is mature enough, it is ready now to be injected into a host via a mosquito bite.

When that mosquito bites a dog, the microfilaria will get transmitted into the pet’s blood vessels and will incubate there. It will then develop into an adult which will give birth to more heartworms.

This heartworm infection can be so severe that it can affect your dog’s heart, lungs, block arteries and could be life endangering.

It can degrade your pet’s quality of life. Even when you have completed the treatment and removed these bacteria, there is a chance that these worms can still re-germinated inside your dog’s body.

And this very fact makes it critical to prevent your dog from such a disease than leaving it to cure it later.

The extremity of this illness can be estimated from the number of worms present inside the body.

If the infection took place a long time ago, then the number of heartworms present inside your dog’s body will be more. Contrarily, if it is just the initial stage then, the worm count would be low.

The severity of the disease can be discussed in four phases; the higher the stage, the more is the threat. The phases are:

Phase 1: Optional symptoms such as a mild cough.

Phase 3: Symptoms like body weakness, congestion, difficulty in breathing, blockage in the heart.

Phase 4: This is the most critical phase. The high worm content present in the dog’s body will now resist the flow of blood back to the heart. This restricts the normal functioning of the heart and leads to heart failure. This phase can even result in the dog’s death.

It is not necessary that every heartworm infected dog will enter phase 4, if the disease is diagnosed at an early stage, then timely treatment will prevent the dog’s condition from getting worse.

Heartworm Symptoms in Dogs that Indicate the Presence of the Worm

1. Cough: It is the most common sign of the heartworm disease. Not every coughing dog has this disease, but consistent coughing might be due to this infection.

The coughing is due to the action of parasites on the lungs. They reside there and keep on doubling which acts as a blockage in lungs and making it difficult to breathe for dogs.

2. Sluggishness: Your pet might feel lethargic very often. He would prefer to reside in a corner and will avoid doing any physical activity. He may look dull and weak.

3. Loss of Appetite and Weight Loss: Your dog will find difficulty in eating and chewing, and weight loss is often noticed.

4. Difficulty in Breathing: The heartworms make it difficult for dogs to breathe because of the congestion in lungs.

These symptoms occur when the parasites reside in other parts of the body rather than lungs or heart. In this case, it is, even harder to detect the disease.

How to Diagnose Heartworm?

If any of the above symptoms is observed, then it is suggested to go for a blood test that will diagnose the presence of parasites if any.

Out of all, Heartworm Antigen Test is the most common. It tests for the presence of antigens in the body of the pet. Antigens are proteins that are released by adult female heartworms into the dog’s blood vessels.

Antigen test usually gives conclusive results i.e. it shows the presence of heartworm disease if it is there in the dog’s body. The test only fails to diagnose the disease when the infection is at a very early stage.

Treatment of Heartworm is not very easy. It needs time and patience and of course, it is expensive too. It involves giving injections and vaccinations to the dogs which usually requires more than one dose.

The most common treatments are:

It involves giving two injections in a gap of 24 hours and taking utmost care of the dog in the upcoming five to six weeks.

It is considered as very efficient and is the fastest reacting method because it immediately acts on the worms and starts destroying them spontaneously.

It is comparatively a newer medicine.

Unlike Immiticide, it does its work gradually. It is injected into the dog’s body on a monthly basis. It targets the adult heartworms and kills them slowly taking a time span of one to two years.

This method is used for severe cases where immediate action is needed that are if the infection has reached its last stage. It involves surgically removing worms from the body of the pet.

Can you Prevent Heartworm in Dogs?

“Prevention is always better than cure” and is undoubtedly the best-known treatment for heartworms as well.

We, humans, take vaccinations to prevent the common diseases from infecting us. The same philosophy is applicable for dogs also. They can be vaccinated against the most common diseases which removes a lot of complications at a later stage.

Some of the vaccinations are available to fight against Heartworms as well. These should be given to the dogs to prevent them from this awful disease.

There are numerous preventives available in the market. A pet owner can select either a monthly vaccination or a yearly vaccination for his pet. A common injection Proheart is advisable, which is given once in a year. It is also useful in preventing your dog from the threat of heartworm disease.

As far as Heartworm disease or any other disease is considered, prevention is the best possible therapy that you can follow.

Just like any other family member, your dog also needs some care and you, as his caretaker must be aware of the various dangers persisting in the locality that can harm your pet’s health.

A proactive approach should be used. Never forget to give your pet some timely vaccinations. Keep an eye on the behavior and activities of your dog and if you notice anything suspicious, take an action right away.

Moreover, routine visits to a veterinarian are recommended. Keep a record of your pet’s health and include tests and results when your dog gets affected by any of the diseases. Immediately start its treatment and do not neglect it as it could be life threatening for your friendly companion.