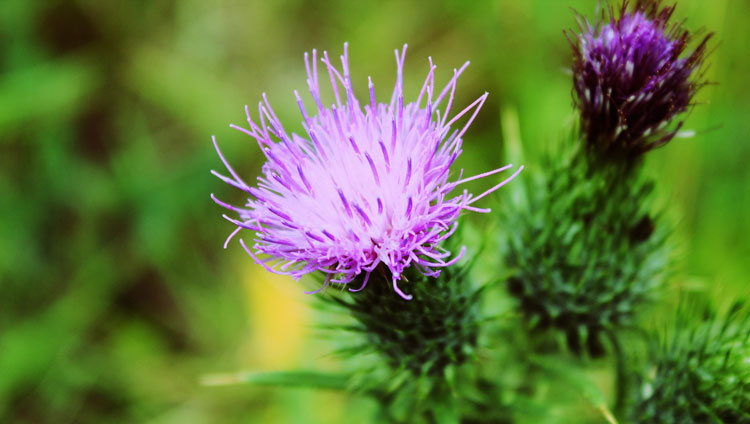 Is Milk thistle for dogs good?

People have been giving milk thistle to dogs for quite a while now. What is it and why should you give that to your dog? Read on. [toc wrapping=”right”]

It is a flowering plant or a weed grows mostly in California and is known for its significant medicinal values. It has an antioxidant and anti-inflammatory properties in it as well.

This traditional herb is perfect herb for promoting healthy digestive functions and also decreases the inflammation problems. It is used to treat diabetes, liver failure, and is available in powder, capsule and also liquid form.

How Does it Work?

Milk thistle has three contents in it like silychristine, silydianin and silybin, all 3 of them are called as silymarin.

Milk thistle is now being used for pets. The reason is pretty straightforward. The benefits of this herb for pets are just the same as humans.

It is beneficial for the liver and is used in the treatment of hepatitis, cholangitis, or any other diseases of bile and liver. This is useful in preventing the gallstones from inside the liver by thinning the bile.

Many of the dogs suffer from bowel diseases, and also from continuous inflammation of the liver or of pancreas or bile juice. So milk thistle is beneficial for liver and it also makes the bile concentrated which is very useful in dogs with inflammatory bowel issues.

Milk thistle also heals after any drug therapy, and all infections in dogs. It plays a critical role in supporting the immune system, as it is a very potent antioxidant.

Certain breeds of dogs, for example, Labrador and Dalmatians are very susceptible to diseases of the liver as compared to many others. So this herb here can be more useful than you might think for some.

Benefits of Milk Thistle for Dogs

Milk thistle supports and protects the liver of your pet.

It will make the liver strengthen, also increase resistance to any harmful toxin and free radicals that are harmful. Also, it stimulates new cell reproduction.

Silymarin is given to dogs only because it cleans and detoxifies the liver. The liver is affected by viruses, bacteria, drugs and many harmful toxins. Milk thistle will reach a higher level in the gall bladder, so by this action, it helps liver of pets by supporting the immune system.

Sometimes, many dog owners give some kinds of medications to dogs, just to prevent them from any parasites or various health declining conditions. But if these medicines are given for a longer time, then it causes damage to the liver as all these drugs have some chemicals in them.

In cases like this, you can give your dog milk thistle as it repairs the damage caused to the liver by these medicines.

Because of the antioxidant properties in milk thistle, it is best and ideal herb for detoxification for your dogs.

The dogs that have been on chemotherapy, vaccinations, and all kinds of medications they can benefit from milk thistle supplementation. It is also best for recovering from parvovirus.

Heartworm disease is a very dangerous disease for all the dogs out there if any infected mosquitoes are all around your dog.

These diseases cause serious damage to the liver and the medicines taken to prevent it can also damage the liver. Giving your dog milk thistle to prevent from heartworm diseases is the best natural treatment and a natural way to detoxify their liver.

In Case of Poisoning

Milk thistle can sometimes be a lifesaver for your dog, literally.

If your dog has taken in something poisonous, then giving milk thistle might help in cleaning the body from all the toxins completely.

It will detoxify the system of dog and also prevent them from lead poisoning. The milk thistle helps in the complete removal of the toxins that are ingested. These are then removed mostly via the faecal route.

The recommendation of milk thistle for dogs contains 70 to 80 percent silymarin.

This is given according to animal’s body weight per day. Initially, you can give your dog 1/4 tablespoon of milk thistle per 20 pounds of your dog’s body weight.

If your dog weighs 40 pounds, then give him half a tablespoon of milk thistle per day in liquid form. One should give this milk thistle daily in 2 to 4 equally divided doses.

If you wish to give this in powder format, give 2 to 5 mg per pound of your dog’s weight. This powder form can be given 2 to 3 times per day.

If your dog is very sick like suffering from any liver diseases and you have to treat him or her, then treat them with a daily dose of 200 mg per 10 pounds of the body weight of milk thistle. But you can give one-third or just half of that dose as well.

Remember to consult your vet before giving your dog anything. It is even better if you can get a proper prescription from your vet. This would prevent any mishaps if it were to happen.

Side Effects of Milk Thistle for Dogs

In dogs, some side effects occur but very occasionally during the treatment with milk thistle.

Some symptoms may be loose motions or gas problem. It may also make the liver function less if it is given more often than recommended.

One of the most important thing which should be taken into consideration is that milk thistle should not be given to pregnant females. This will interfere with the oestrogen hormone, which is an essential hormone in pregnancy. Also, it interferes with the metabolism of certain drugs.

So, take care if you’re planning to give your pet this wonderful herb.

Milk thistle for dogs is a potent beneficial herb that is great for your four-legged friend. In most of the cases, you will see no harm when used properly.

With many medicinal and detoxifying properties, the milk thistle is a good option for any dog that suffers from liver, stomach or kidney ailment. Just be sure to have an eye on the dosage. Be cognizant that the dose depends on your dog’s weight and is not a constant value.

Also, consult with your vet before giving your dog as it might clear any doubts and it is also safe for your beautiful dog.

Tell us what you think. Have you given your dog milk thistle? Did he or she benefit from it? Our comment section is open, and we would love to hear it from you.